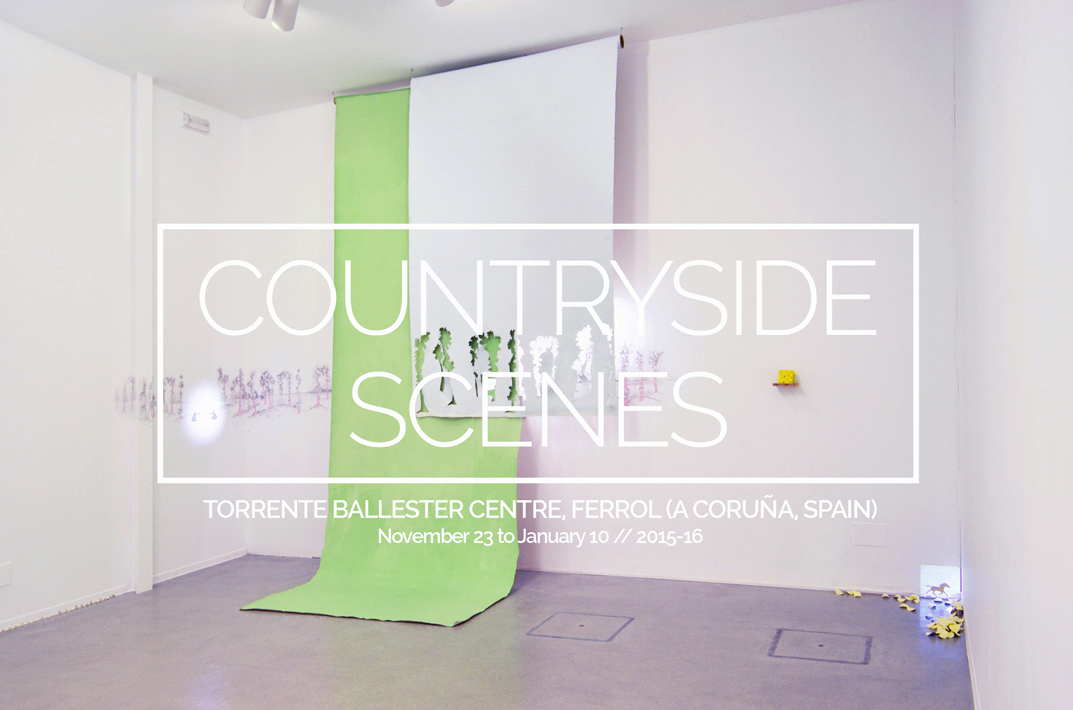 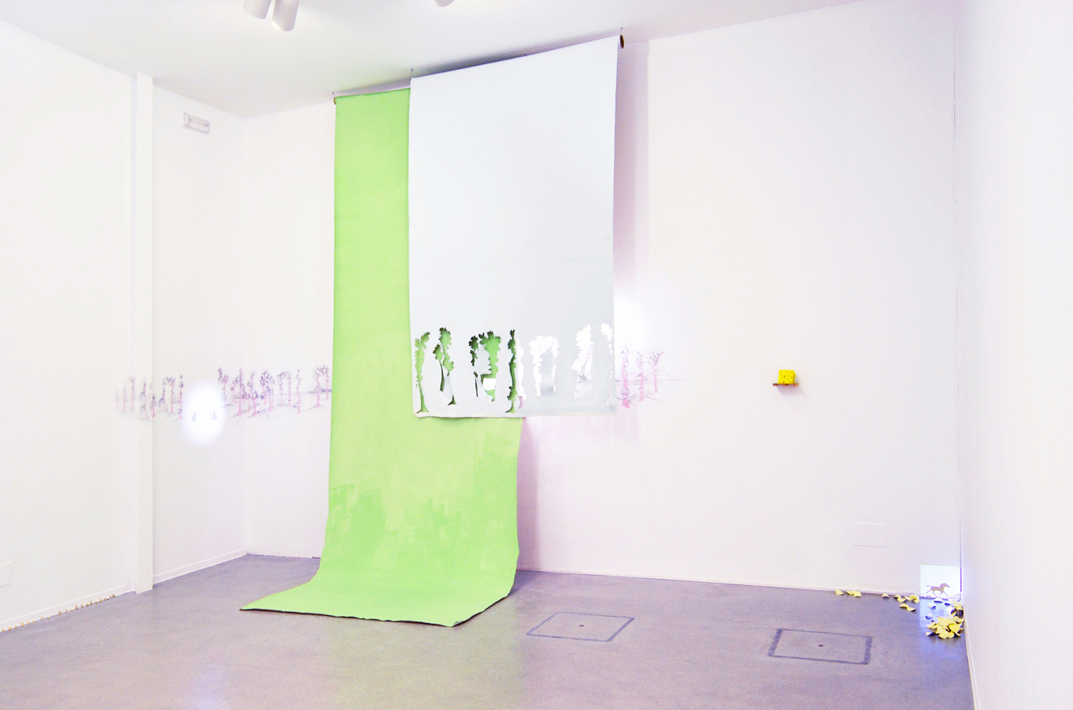 Escenas campestres (i.e. Countryside scenes) is a multimedia installation specifically created for the exhibition A propósito do debuxo (i.e. Regarding to Drawing), curated by Mónica Maneiro. More than 2 metres of pencil drawing on the wall can be thoroughly observed in this exhibition. A site specific work that is integrated into each one of the recesses of one of the corners of the architectural space at the Torrente Ballester Centre of Ferrol (Spain).

This drawing, displayed in the expanded field, can be considered as an ‘artwork in transit’. It has recognisable features of my last individual project titled Picnic, presented at the Trinta Gallery in 2014 and, at the same time, it introduces new details. For example, in this installation, a fragment of my series ‘Bucolic or pastoral’ (an unpublished artwork in progress) is crouched. So, this work was made from the perspective of a three-dimensional collage, without neglecting the experimental component. The white cube becomes an atelier, in the space of creation.

From the thematic point of view, the atmosphere of the forest is once again rescued. The presented scenario is timeless. A barbecue with today’s young people lying on the grass, two ladies -from the late nineteenth century- playing badminton, a horse trotting non-stop and a hidden miniature between the holes of some slices of cheese. That is to say, a countryside scene with small overtones of surreality.

There are many elements subtly hidden, both at formal and conceptual level. I like the idea of presenting different winks towards all kinds of viewers, thus enabling different interpretations. Among the quotes included, there is the allusion to some artists of the pictorial tradition that became my reference during my training. As an example, Goya and his cardboards painted with countryside scenes. Muybridge and his horses are somewhat present, as well as a print with acrobats rehearsing for their upcoming performance at the Royal Covent Garden, which inspired me at the time of constructing the trees of the landscape; and, in addition to this, this print was torn out from one of my books about the beginning of the circus.

Torrente Ballester Centre
Concepción Arenal Street, s/n, Ferrol (Spain).
From the 23th of October of 2015 to the 10th of January of 2016. 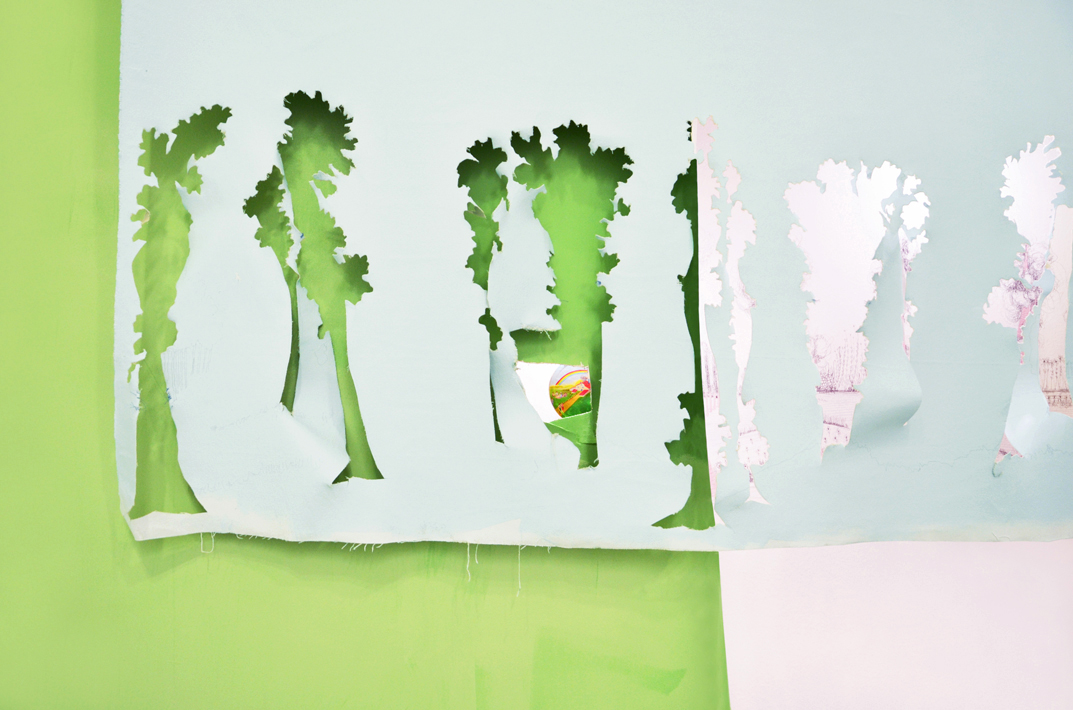 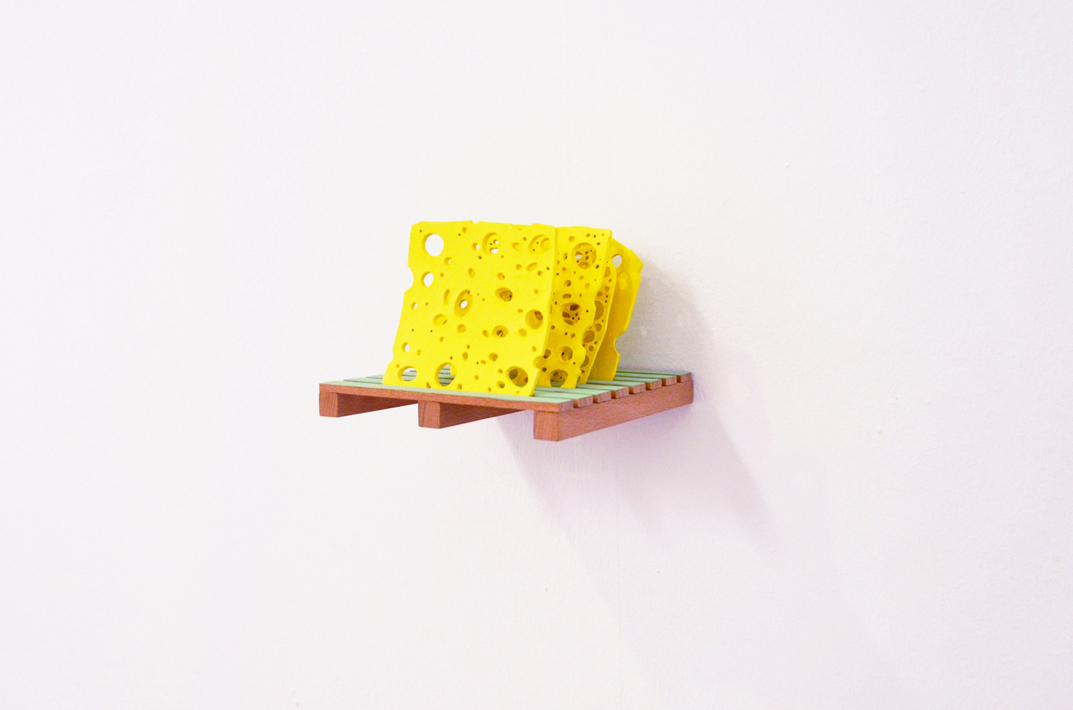 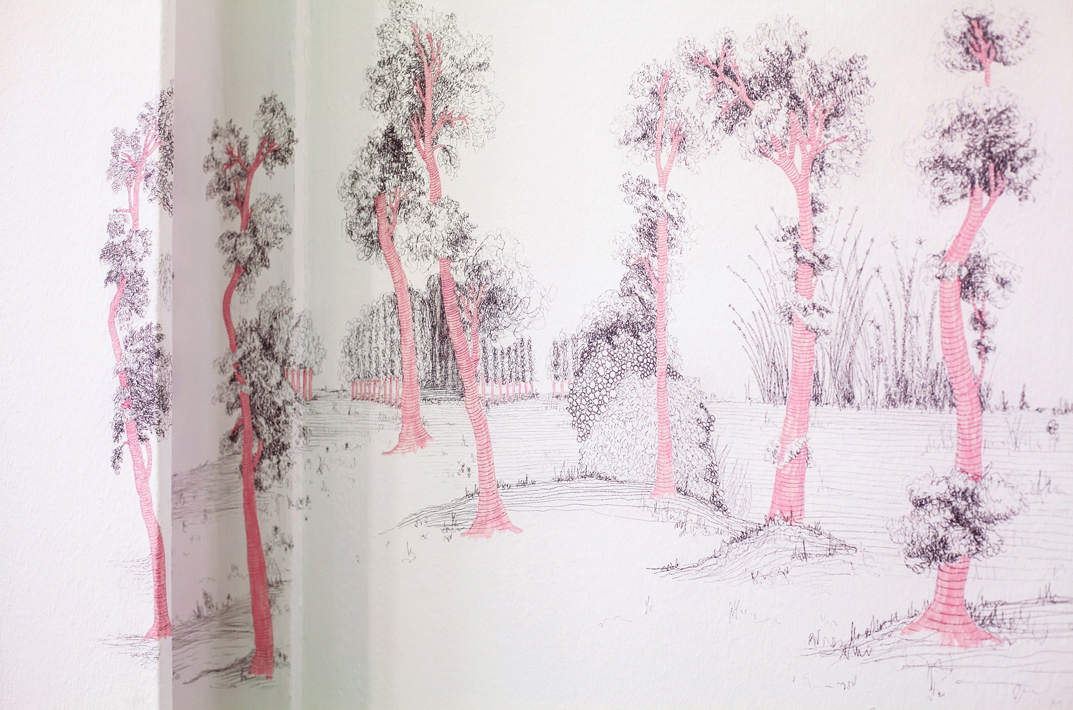 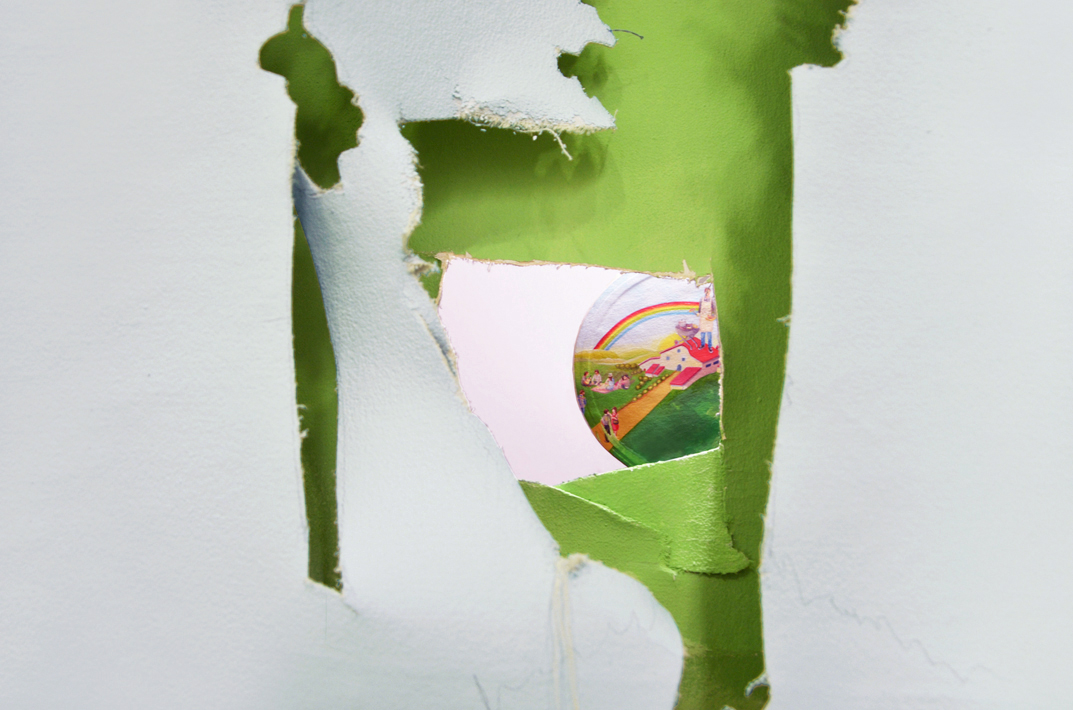 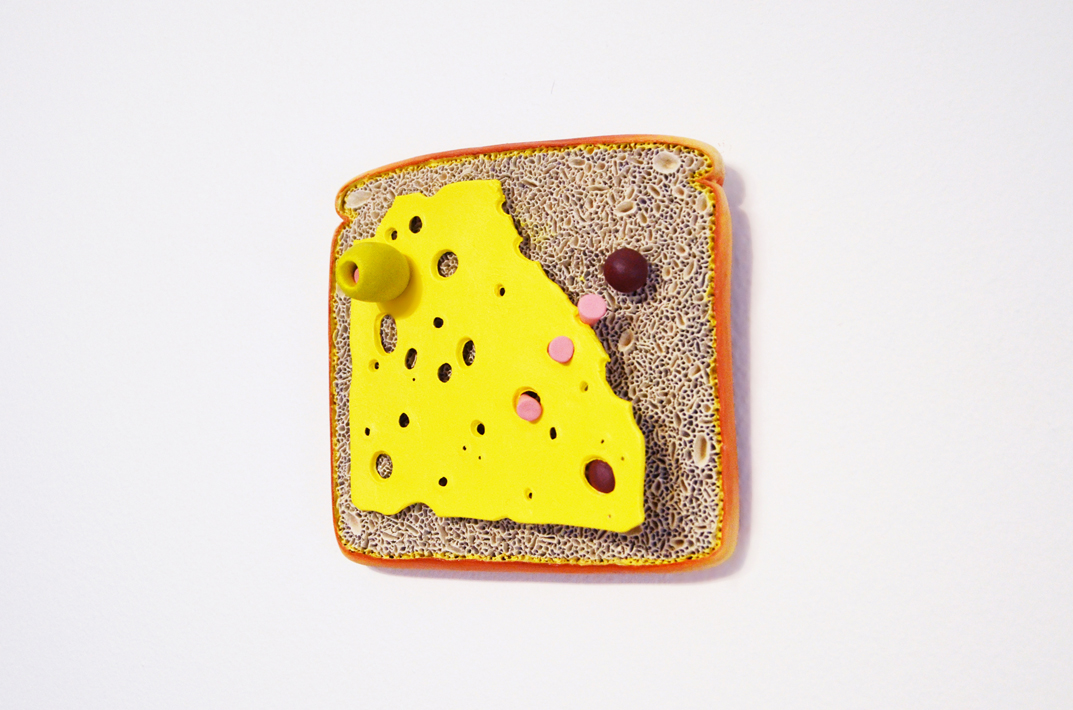 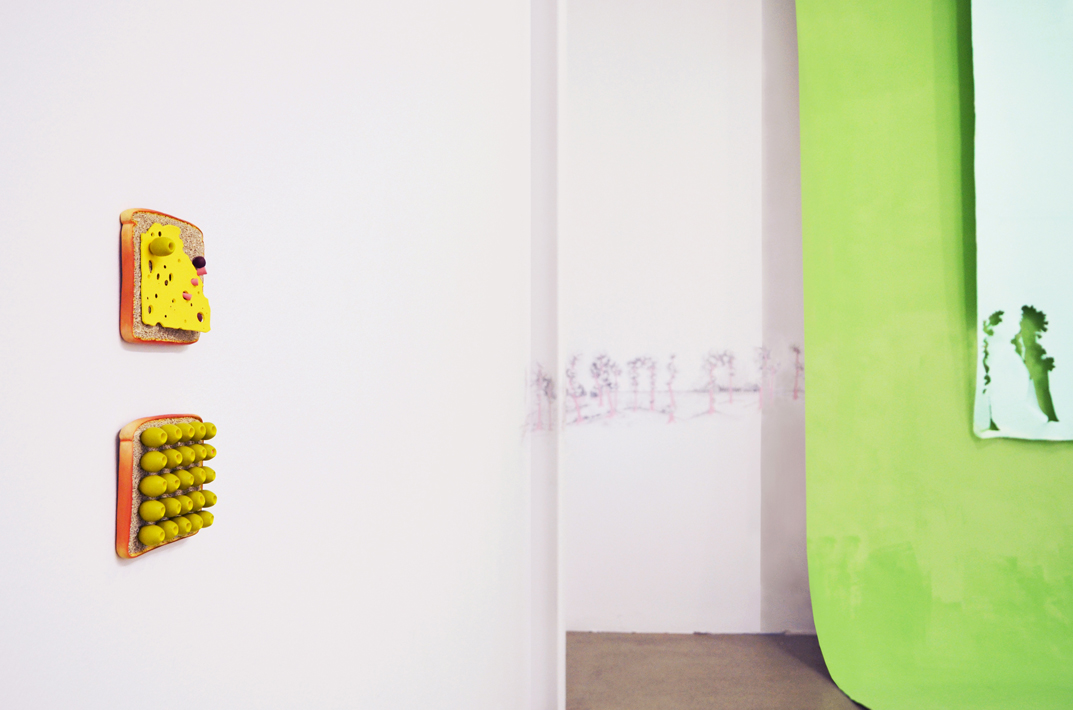 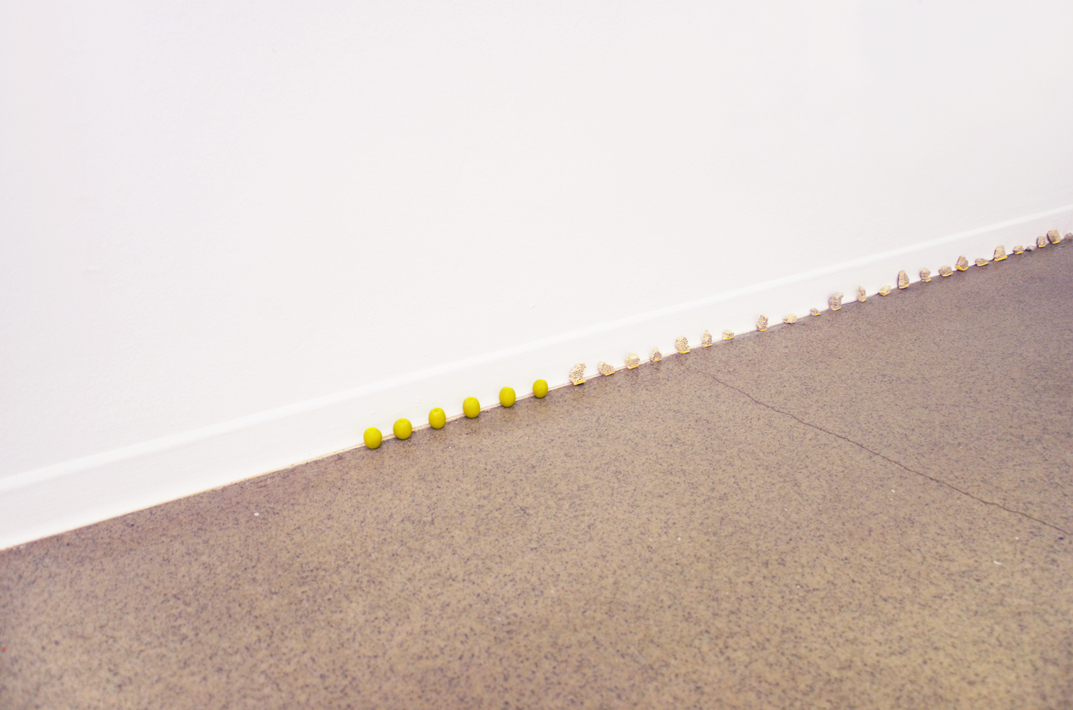 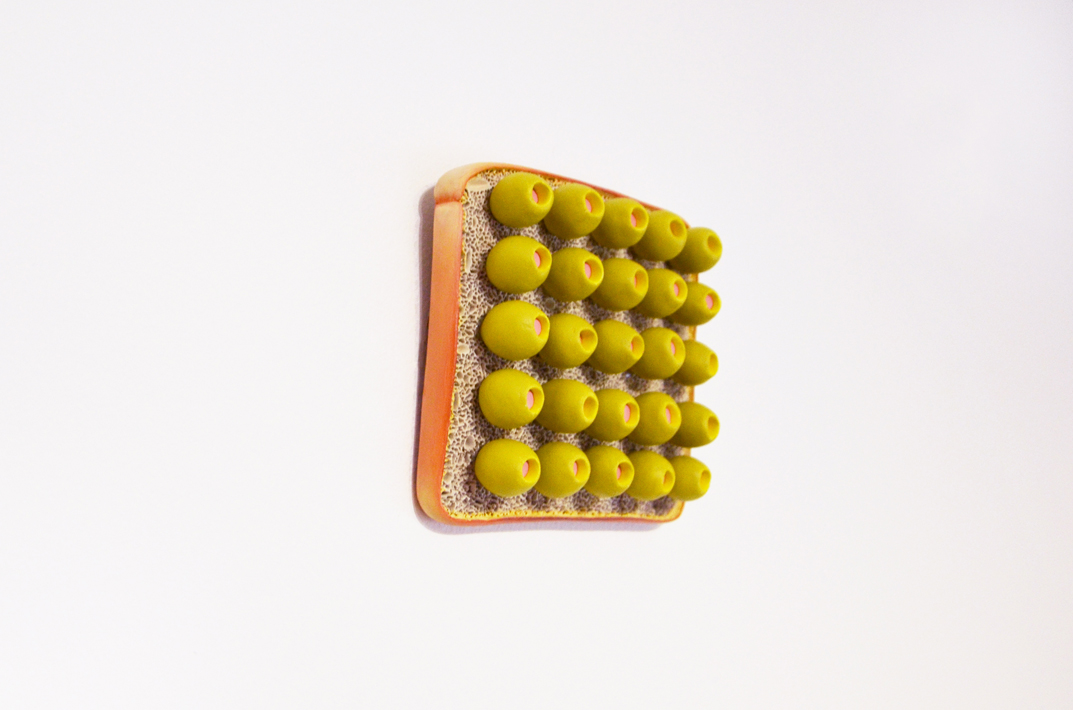 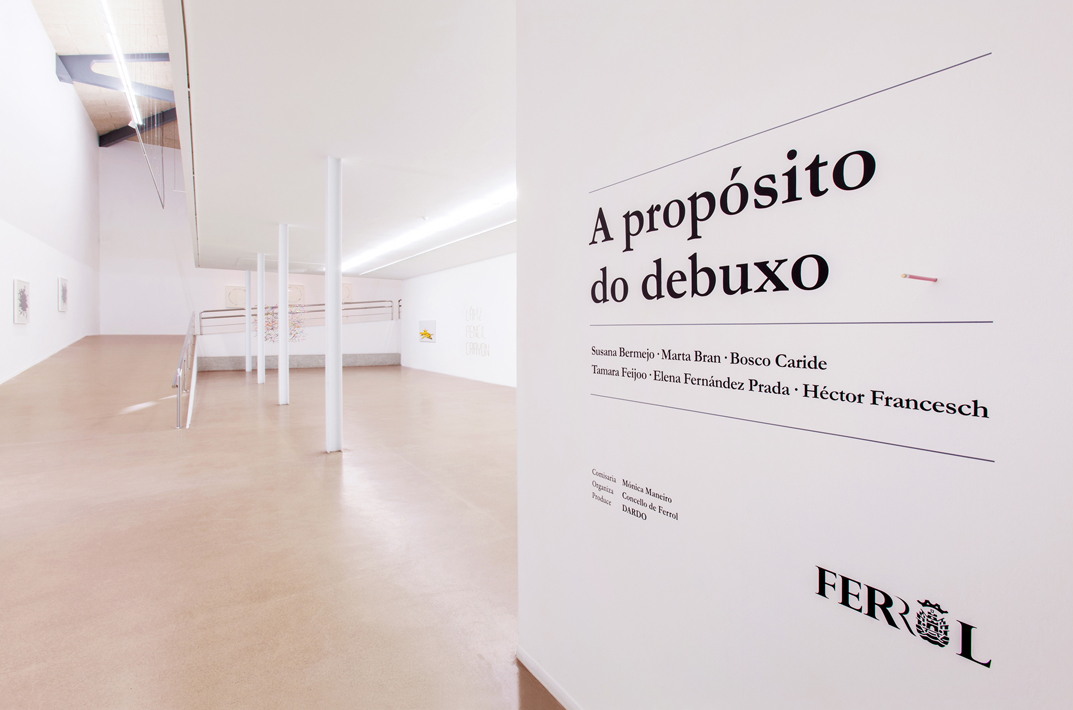