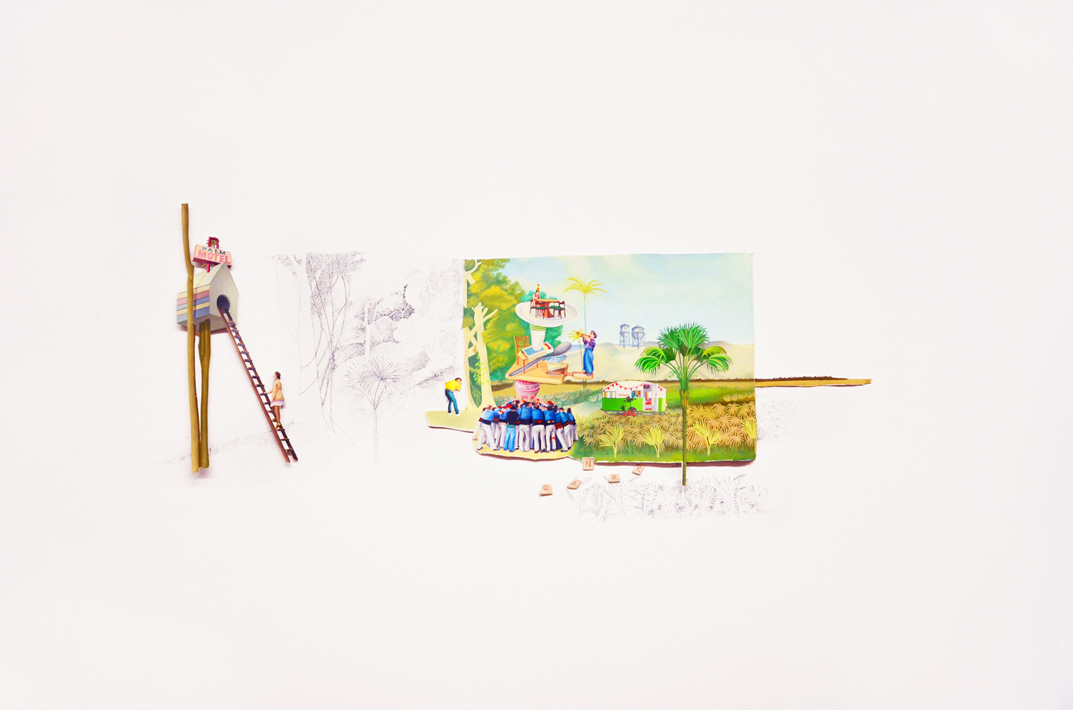 Candy is a pictorial installation created with cut pieces of oil on canvas and pencil’s drawings on wall presented in a unpublished way in the exhibition O bosquexo do mundo (i.e. World sketch), which was opened on the 19th of April of 2013. This project, curated by Ángel Cerviño and Alberto González-Alegre, gathered together 21 Galician artists of different ages so they could show their creative processes in their studios, which means that this event moved the essence of their creation labs to the different art rooms of the MARCO (Museum of Contemporary Art of Vigo).

Candy projects a world of introspection, surreality and it plays with everyday objects in the middle of a lush forest and a bucolic field. The existence of different characters in evocative situations constructs multiple intra-stories. At a technical level, the experimentation with cut papers and large size canvases had begun since early 2009. However, drawing on wall -new for me at this moment- became consolidated in future site specific interventions.